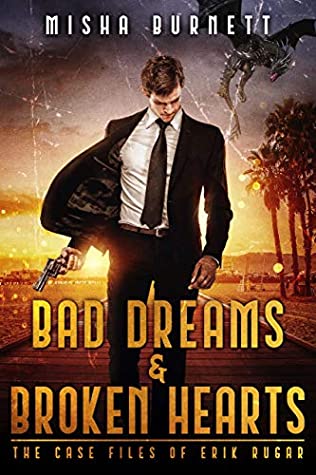 Erik Ruger works for the Department of Public Safety in the city of Dracoheim, and it’s his job to protect the city from supernatural and magical threats both inside and outside the city. Erick Ruger is just a regular detective with no magical ability. That said, having the main character be just a regular guy is a stroke of genius; It gives us a chance to experience stories from a guy and makes the magic feel more mysterious and… well, magical.

Since this is a short story anthology, I’ll go through each story and write my thoughts on each.

A magician’s shop has been burglarized and some crazy-dangerous magical compound stolen.. In the wrong hands, this compound could unleash bone-stealing monsters upon the city. It’s up to Erik Ruger and friends to track down the chemical and destroy any monsters they come across. This is a great story. The mystery is quickly introduced; it moves quickly and just continues to build to the climax. Erik Ruger is awesome: calm under pressure and competent My only nitpick is the ending felt a tad on the anti-climactic side. Other than that, I really enjoyed this story.

Mr. Burnett is very skilled at grabbing the reader from the first page of the story, and, in the short story business, this skill is invaluable. Here, Ruger must investigate a murder at what appears to be a war-gaming club for the creme de la creme of Dracoheim. Of course, since Ruger is here, magic will play a major role in the mystery. The story twists and turns and barrels toward an ending I didn’t see coming though it was a very satisfying one. Ruger isn’t just competent; he’s got some cojones to boot.

If you want a taste of Mr. Burnett’s fantastic imagination, then this story should serve as an appetizer. We meet Ruger as he investigates the City of Dreadful Joy, A seedy quasi-legal joint where the dying come to dream. This place is run by creepy norns, skeletal creatures with a penchant for BDSM-like gear. This gear is used to collect secretions from the customers as they dream. The Norn then refine this secretion into an expensive magical chemical. That’s just awesome. Mr. Burnett isn’t tied down by the conventions of fantasy and manages to create some truly imaginative fantasy. I applaud him for it.

In this story, the Lord-Mayor himself has Ruger work a case, off the books. This case involves the disappearance of some major figures in Dracoheim and connected to personal friends of the Lord-Mayor. Not to mention, this disappearance could prove–scandalous if certain information were to get out. Let me start off by saying that the Lord-Mayor is a freaking dragon. You know, the kind of lizard with wings that breathes fire? Not to mention, he flies around the city on holidays to remind everyone who’s in charge. How crazy-awesome is that? That said, this story shows Mr. Burnett’s chops at writing tragedy. Not tragedy in the Shakespearean sense, but just a story with a very bittersweet, if not downright sad ending. It doesn’t feel cheap at all. Mr. Burnett really earns this ending and my love for this story.

A robbery of a very dangerous and magical deck of cards (I’m really shortchanging Burnett here as what they really are is way cooler than I’ve described) creates massive disturbances throughout the city of Dracoheim. Ruger teams up with a mage named Tingus and a foreigner, one of the Forged Ones, which are basically magical robots. They work together with law enforcement to recover and put a stop to the magic-induced madness. In my opinion, this story may not have been as good as the ones before, but it’s still a great story that grabs your attention from the beginning and doesn’t let go till the end.

The longest story in the collection, and definitely one of the best. Ruger is out on a date with a beautiful woman, an sort of escort-but-also-girlfriend-for-hire. Ruger witnesses a pickpocket in action and intervenes. A hunch and various incongruities in the theft lead Ruger to believe things are not as they appear. Eventually he finds himself in something much bigger with more serious consequences. Another winner from Burnett. I will say that writing tragic/sad relationships is one of Burnett’s particular fortes. Ruger’s relationship with Svetlana bears tiny hints of this. It’s nowhere near the massive tragedy that was Godiva and James’s relationship in the Book of Lost Doors, but bears certain resemblances.

Ruger gets called to a part of town “reserved” for the massively wealthy. A magical creature has interrupted a party and wounded one woman. Of course things aren’t that simple as this woman seems to be part of something much bigger with consequences for all of Dracoheim. Boy, if you thought “All the Kisses in the World” was sad, well, I’ve got another story for you to read. This one has it all, mystery, action, and a very tragic but still satisfying ending. I can’t say anymore than I’ve already said, but Erik Ruger is becoming one of my favorite fictional cops.

I love this collection. Everything about it clicked. What I love more than anything else is Burnett’s fantasy world. This isn’t urban fantasy that takes place in our world. It’s a fantasy world that has been dragged into the modern age. Why don’t more authors do this? The hints at the bigger world around Dracoheim are all tantalizing. I want more stories set in this world.

This is such a strong collection of stories. There isn’t a single dull story in this anthology, and I’ve read a lot of anthologies to know how rare that is. Misha Burnett is a fantastic short story writer, and, with this collection, he has earned my trust. I’m more than willing to read any collection he puts out. Please, Mr, Burnett, more Erik Ruger stories. 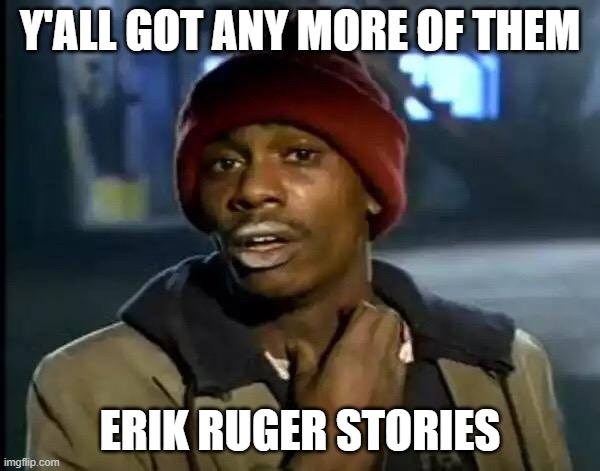 View all posts by Prince LaQroix

2 thoughts on “Bad Dreams and Broken Hearts — A Review”